Scoliscore® - a genetic test, taken from a saliva sample, to evaluate an adolescent’s risk of progressive scoliosis.

Current tests utilize x-rays, MRIs, and the repeated exposure to these radioactive devices, to see if there is a progression of the curve. The Scoliscore® provides an opportunity to take a proactive step against the curve increase with just a simple saliva test. In some cases patients have found an actual decrease in their curve because they were treated sooner than later because the tested high for a risk of rapid progression of their scoliosis curve.

In the blog post “Genetic Testing of Scoliosis” by Dr. Keith Mankin, FAAP of Raleigh, NC. Dr. Mankin highlights the importance of the Scoliscore® for his patients, in particular, “…a young lady, who despite having a relatively small curve (18 degrees at first visit) had a Scoliscore of 193. By typical clinical pattern, she would have been seen at an interval of six months and reassessed. Because of the high Scoliscore®, I brought her in at two months. As predicted, she demonstrated rapid progression of the curve and is now in a brace that is containing the scoliosis. Similarly, I have many children who have scored under 40 despite moderate curves (20-25 degrees) and have been stable enough to put on once yearly surveillance with clinical examination rather than aggressive radiography.”

On the New York Presbyterian webpage there is an article titled “More Children Can Benefit From ScoliScore® Testing for Scoliosis” discussing the Scoliscore® with Dr. Michael G. Vitale. The post tells us that recent advances have increased the inclusion criteria for patients to get this test. Prior to this year only age 9-13 year old patients could take the exam. “New regulation allows children over the age of 13 who meet the inclusion criteria to benefit from this breakthrough testing. (Click here to watch for an interview with Dr. Vitale)

Scoliscore®, in combination with proper bracing and/or physical exercise, is an increasingly promising test. Although we may not agree with all of the doctors’ opinions we can agree that this is one area of science that should absolutely be discussed about with your physician.

Text Neck - Why doing nothing is causing something over time. 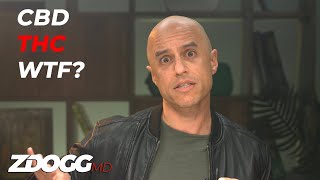 Back to School? Back to BackPacks

BACK TO BACK PAIN?

Back Pain Is Trending